One Direction fans, don't get too excited but the video we're about to show you will probably blow your minds.

The band, who recently performed in Canada, just released the ad for their third fragrance You & I and it really has little to do with perfume, naturally (but it is still very good).

The Mission Impossible rip-off style video sees the handsome fivesome transform into spies dressed all in black with balaclavas, with their mission to steal the the perfume which lies inside the presumably very well guarded vault.

As they abseil down into the white room they eventually pull the balaclavas off and fight each other off as they try to grab the perfume located in the centre of the room.

Our favourite part is definitely where Irish charmer Niall gets a foot square in the face at the 50 second mark.

"If the you & I fragrance and candle don't smell like Zayn's high note I'm not buying it."

And: "The boys stealing the you and i fragrance is probably what I will do bc I'm broke.

Then there was "Liam be like "OHMYOGOD NIALL HORAN SMELLED MY FOOT!11!1!# 1DFragrance."

What do you think of One Direction's new ad? Tweet us @MirrorCeleb and let us know.

And if that wasn't enough of the band, now have a stare at even more pictures of them...

Check out the trailer below! 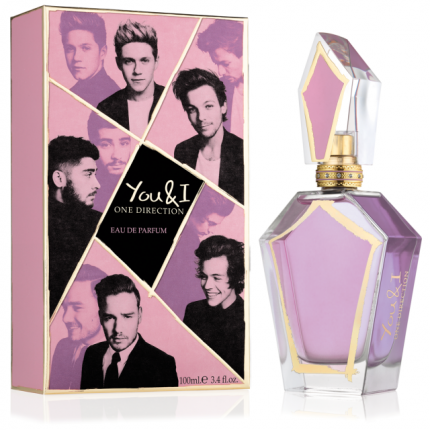 3 thoughts on “You & I Fragrance Trailer!”