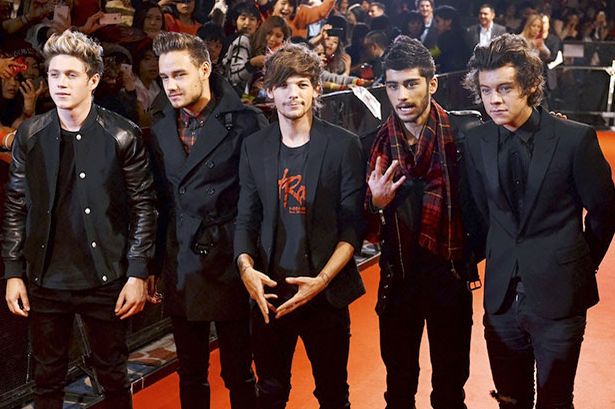 Strictly has been wiping the floor with X Factor in the ratings war every weekend, so head honcho Simon Cowell is pulling out the big guns for the series finale.

That’s right, he’s bringing in the heavies – and that can only mean one thing. One Direction.

Expect a massive spike in the ratings as the heart-throb boyband – who surprisingly came only third in the 2010 series – wrap up proceedings at the live final at Wembley Arena on December 15.

Si reckons the biggest group on the planet right now with their aggressively loyal fanbase will have audience figures soaring.

And of course he’s right.

While Directioners will be hoping for a medley from Harry Styles, 19, Louis Tomlinson, 21, Liam Payne, 20, Zayn Malik, 20 and Niall Horan, 19 – I’m told they will only have time to sing one hit song because of their tight schedule.

But it’ll be the SECOND time this series you’ll see them as they are set to perform later this month to celebrate the show’s 10 year anniversary.

And it will be the THIRD time that 1D have sung at the XF final .

A TV insider tells me: “One Direction have been the biggest success story of the show in its 10 year history so it’s only natural that they would be come back for the final episode in the series.”

Following claims the talent show has lost its winning formula, Simon Cowell is aiming to get the magic back with the biggest and best live final yet.

He has only lined up Elton John to perform his duet Face To Face alongside judge Gary Barlow and that’s as well as an appearance by US queen of pop Katy Perry.

Judges Gary and Nicole Scherzinger will also duet with their acts if they are still in.

OF COURSE YOU ARE!!! 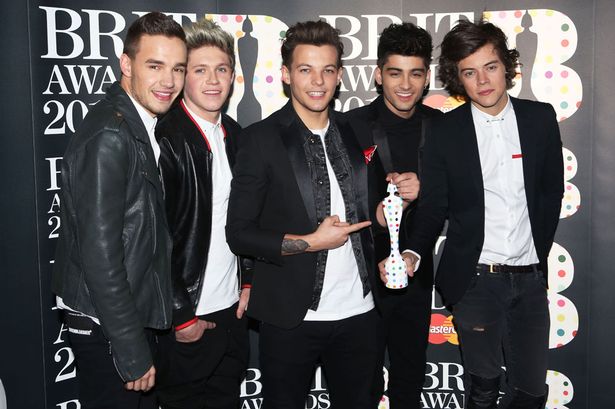 This might not come as too much of a shocker but certainly proves the pulling power that One Direction have right now.

Because the world-famous boy band have topped a new X Factor Rich list and are leading their former and fellow contestants firmly in their wake.

Are we really surprised though?

Simon Cowell is bound to be rubbing his hands - and his bank card - in glee after a new poll found that the five-piece are worth a whopping £775million!

In the three years they've been climbing the charts, building their army of fans and planning global pop domination, the boys have been raking in the money, and could well become the world's first billion-dollar boy band by the time the year is out - more wonga for the father-to-be too!

Leona Lewis, who won the competition in 2006, has gone on to become the next Mariah Carey - but possibly without the ego and bad dresses.

The Hackney-born girl comes in second on the X Factor rich list, which was compiled by Now magazine, with an estimated fortune of £12million, thanks, in part, to the £5million record deal and commanding up to £1million for a personal appearance.

She is followed in the poll by another London-born winner, Alexandra Burke, who has raked in £6.1million since she was crowned the X Factor winner in 2008.

But, as One Direction have proved, you don't have to win the ITV talent show to be raking in the cash

Take JLS for example. Ok, they'll be knocking it all on the head early next year (after their farewell tour and book, obvs) but they can be rest assured that the won't be splitting up empty-handed, as each member is worth £6million each! That's a lot of Audis, Aston!

A surprising entry - or maybe it's just us - at number 5 is Jedward, who are worth £5million!

Yes, you read that right, the lovably mental blonde Irish twins are sitting on a small fortune thanks to Celebrity Big Brother, private gigs and well, er, Shake 'N' Vac!

Little Mix sit just below them with an estimated bank balance of £3.3million and they've even set up their own business Eternal Dance Media and in seventh place is Olly Murs with £3.2million in his bank account after he became a millionaire last year thanks to success across the Pond and a tour with Robbie Williams.

And then there's lovely Stacey Solomon, who, like Olly, was a runner-up in 2009, both beaten by Joe McElderry - who didn't even make the top ten on the list - and came below Rylan Clark AND Shayne Ward!

Cher Lloyd languishes at number nine with £2.7million in the bank while Rebecca Ferguson, runner-up in 2010, rounds up the top ten with £1.7million - higher than that year's winner Matt Cardle! 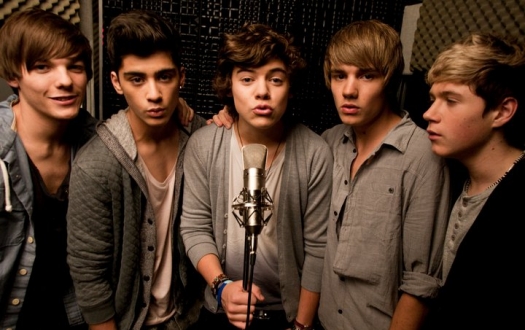 One Direction are to return to the TV show that made them later this year!

The boys will perform a brand new single ahead of the third album release due November 25, and its believed their appearance will be on the SUnday November 24th results show.

Other divas on Simon’s hit list include Beyoncé, Celine Dion, Gloria Estefan, Cher, Britney Spears, and Miley Cyrus, who are all believed to be in discussions.

They will be joined by superstar Robbie Williams, who will perform a duet from his new album Swings Both Ways.

A host of previous X Factor contestants are to appear, including 2009 runner-up Olly Murs, and last year’s winner James Arthur. 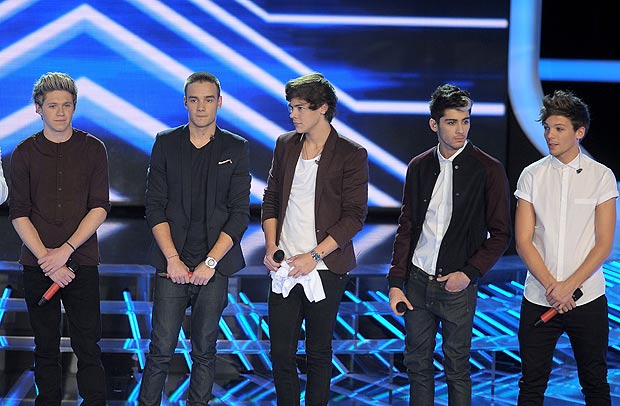 One Direction and Emeli Sandé will perform on The X Factor final, it has been confirmed.

The boyband, who finished third in 2010, have made several appearances on this year's show following their global success.

Sandé also performed 'Beneath Your Beautiful' with Labrinth a few weeks back, and her songs, particularly 'Read All About It (Part III)', have featured prominently throughout the competition.Union J, Jahmene Douglas, Christopher Maloney and James Arthur remain on The X Factor and will battle it out for a place in the December 8 final this weekend.

Dermot O'Leary will host this year's final in front of 12,000 fans at Manchester Central. More guest acts are expected to be announced soon.