One Direction could last 20 years if they wanted to, according to Simon Cowell.

"The album's fantastic," he told Capital FM. "There's probably five or six tracks I've already heard that could be singles.

"There's some very different kinds of songs than what we've done before, they've taken a few more risks. Most importantly, the boys love writing, they love recording."

He added: "I went on Twitter recently to say I don't think they're going to split up, they're having too good a time! I think they could be doing this 5, 10, 20 years if they wanted to."

One Direction have been working with a number of songwriters for their upcoming fourth studio album, including Pharrell Williams, Naughty Boy, Kodaline and The 1975.

The collection would serve as the follow-up to 2013's Midnight Memories, which was the biggest-selling album worldwide last year. 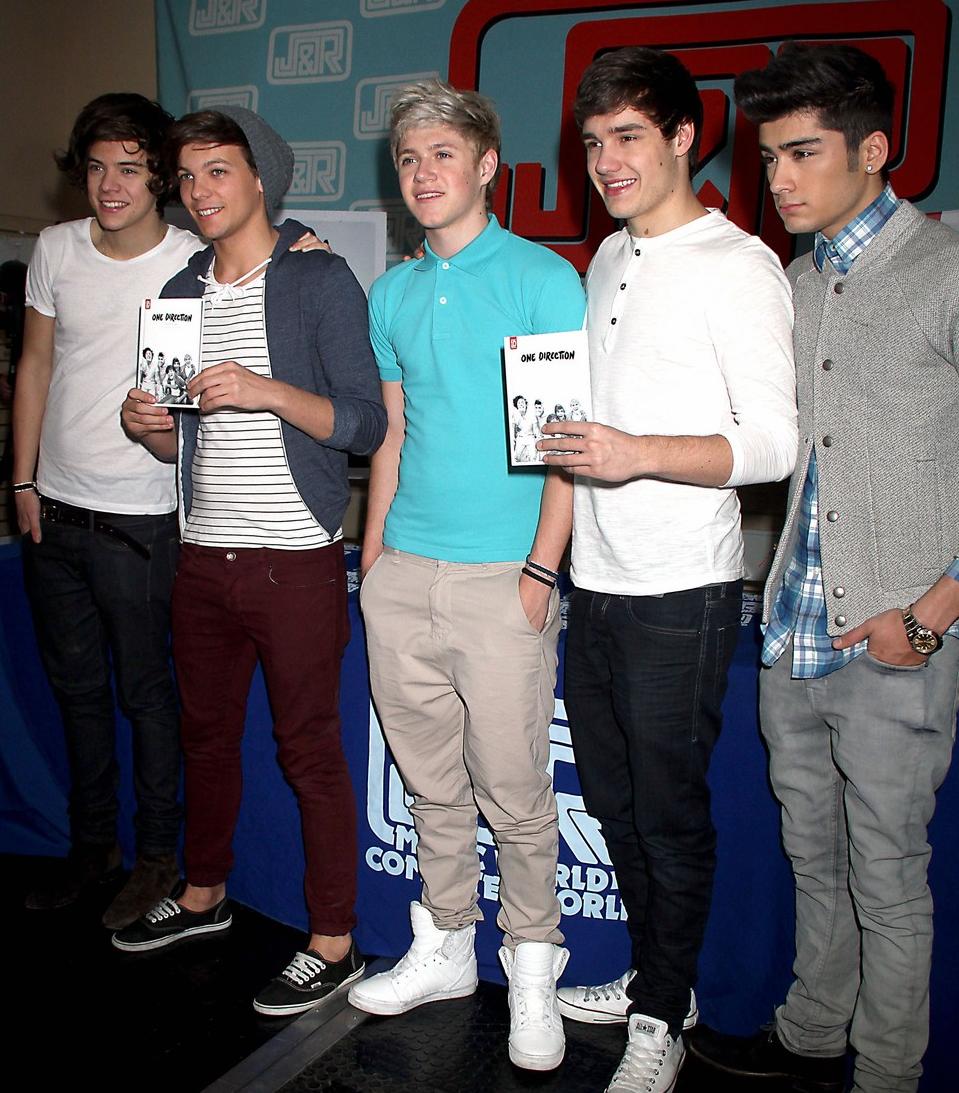 Zayn Malik, Harry Styles, Niall Horan, Liam Payne and Louis Tomlinson formed One Direction when Simon Cowell put the lads together as a group on X Factor in 2010.

However, following One Direction’s huge success in the US, which includes making history as the first British band to have a debut album go in at number one, not everyone is patting them on the backs.

There’s already a band in the US called One Direction, and they don’t want to share the name.

Simon Cowell’s record label, Syco Entertainment, and Sony Music have been served with a $1 million lawsuit, according to the Hollywood Reporter.

The lawsuit claims that the UK One Direction can’t be in the American market without causing consumer confusion and destroying the goodwill of the US One Direction.

The US band uses an example of a recent segment on NBC’s Today, where the UK group was shown but apparently the accompanying music ’2012′ was by the US band.

US One Direction isn’t signed to a label, but has been selling its album, The Light, on iTunes since February 2011, which the group’s attorney points out is well before the UK band released its album.

The attorney claims the UK band was made aware of US band when it attempted to file an application with the US Trademark Office, and it is the Trademark Trial & Appeal Board that is assessing it all.

One Direction might be forced to change their name, just like Pink Floyd changed from The Tea Set

Another option is to add a prefix or suffix, like The Charlatans UK, The English Beat or Wham UK, or to alternate with numbers as One Direction often use the 1D/1Direction logo

However, Simon Cowell and One Direction are allegedly resisting this route.

The American band’s attorney says they’ve been in negotiations for a month, to no avail, and therefore One Direction LLC filed a lawsuit against Syco and Sony for an injunction plus $1 million in damages.

What do you think?