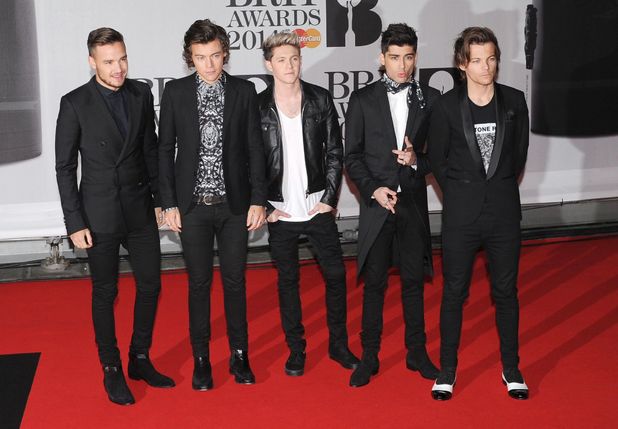 One Direction's Liam Payne and Louis Tomlinson have been named the highest-earning members of the boyband.

The duo co-wrote almost half of the songs on the group's latest album Midnight Memories, meaning they will receive a larger royalty cut than their fellow bandmates.

Songwriters traditionally receive 9% of each song's royalties, so Payne and Tomlinson will be getting an extra cut of the profits.

Each of their bandmates also has co-writing credits on Midnight Memories, with Harry Styles credited on four of its 14 tracks, Niall Horan on two and Zayn Malik on one song, the album's second single 'Story of My Life'.

"Louis and I have a little partnership going on. We've been pretty keen to start writing straight away," Payne told The Sun.

"I've been in the studio already, it's been going really well. Learning how to write is the best way of ensuring your career has longevity and that you have control over it."

He added: "I really think the next album is going to be a game-changer for us. I'm excited."

One Direction are believed to be worth £100 million as a group, after amassing significant music sales and revenue, a 130-date world tour, merchandise, branded perfume and even their own duct tape. 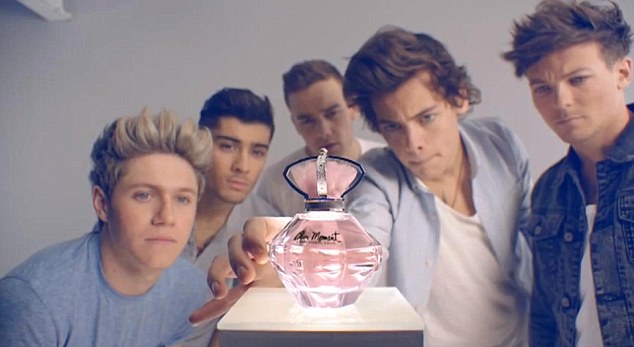 It seems the One Direction boys have another hit on their hands. But it's their perfume that's setting the tills ringing this time,

Their scent, Our Moment, launched at Harrods on August 25 and is set to earn the boys over £360,000 in its first week on sale in the UK, according to beauty and fragrance experts.

The six-figure sum is calculated from pre-orders plus sales of over 3,000 bottles at Harrods in London in just two days.

Escentual.com CEO Rakesh Aggarwal said: 'Our Moment is predicted to sell around 180,000 units in the first week alone, making it one of the fastest selling fragrances of all time.

Loadsamoney: Harry Styles withdraws some of the pots of cash he has earned this week

'It’s certainly looking like it’s going to be the most successful celebrity perfume launch of the year and sales in America are expected to be bigger still,' says Aggarwal.

Although the exact deal that the X Factor boy band struck with the perfume company is closely guarded secret, most industry insiders have estimated that Harry Styles, Zayn Malik, Niall Horan, Liam Payne and Louis Tomlinson will personally earn around £2 for every 30ml Eau de Parfum bottle sold, which means the group is due to bank £360,000 in 7 days.

The scent is due to go on sale at The Fragrance Shop on September 9. 'We launched the pre-order for Our Moment on August 1 and since then have taken over 20,000 pre-orders from across Europe,' says spokesperson Daniel Thompson.

'With such an interest we made the decision that Our Moment will need its own warehouse to help keep up with demand for what looks to be the biggest celebrity launch of 2013.'

Other products and gift sets are to be added to the range in the next month, just in time for the Christmas market which accounts for around 70 per cent of annual fragrance sales, and the boys are expected to earn around £2m from perfume sales over the festive season.

Escentual.com boss Rakesh Aggarwal said: 'I would anticipate turnover will top £10m for the range over Christmas - which would see One Direction around £2m richer by the end of the festive season, just from UK perfume sales.'

With such hysteria surrounding the launch, it's almost immaterial what it actually smells like. Fans are buying into their favourite band, not following their noses. Check out our beauty expert's verdict in the box, right.

Only time will tell whether it can beat the best-selling celebrity fragrance of all time, White Diamonds by the late Elizabeth Taylor - the scent brought in $75 million at retail in 2011, according to Euromonitor. 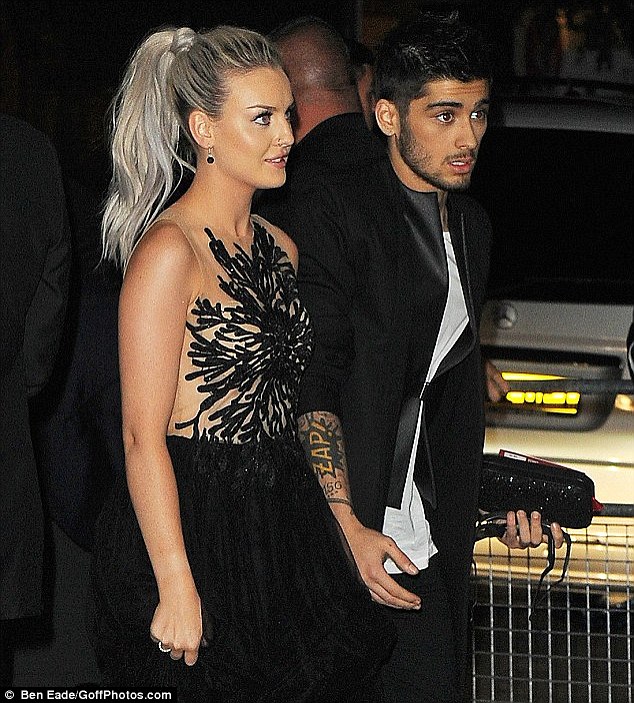 They may have only got engaged a matter of weeks ago, but it doesn't look like Perrie Edwards will have to wait too long before she ties the knot with Zayn Malik.

The pop heartthrob and the Little Mix singer are said to be planning to wed in the next couple of months, as they are 'dreading' spending long periods of time apart when Zayn tours Australia alongside his One Direction bandmates Harry Styles, Niall Horan, Liam Payne and Louis Tomlinson.

A source told The Sun newspaper: 'Ideally, they want to be married for Christmas. They're dreading the long separation when the band go to Australia and New Zealand early next year.

'Zayn flew back regularly when they were in the States but won't be able to do it as often from there. Perrie is planning to visit but they're going to be spending a long time apart, which they think will be eased if they tie the knot.'

The boyband hunk popped the question last month, just days before the London premiere of One Direction's movie, This Is Us.

But despite their relatively short engagement, the adorable couple - both 20 - are already said to be discussing potential venues in exotic destinations.

The insider added: 'They'd originally decided they wanted to fit in a wedding between October and May, but they're so excited, they want to do it sooner rather than later.

'Zayn is talking about where they could get wed. It's looking like it will be on a beach somewhere exotic and they'll fly everyone out there.'

The rumour mill had gone into overdrive just a couple of days earlier, when Perrie arrived at the This Is Us premiere wearing a glittering diamond ring on her engagement finger.

The Geordie beauty's excited mother, Debbie Duffy, later confirmed: 'It's official. I'm over the moon. They are really in love.

'It's wonderful because Zayn is absolutely gorgeous. It's true they got engaged on Sunday and it's absolutely lovely.

'Perrie loves him to pieces and it's perfect. They get on so well together and understand each other. It's just fabulous.'

The young couple originally started dating in December 2011 after meeting on set of The X Factor, where Perrie was a finalist alongside Little Mix bandmates Jade Thirlwall, Jesy Nelson and Leigh-Anne Pinnock.

Although their first attempt at a relationship ended after a few weeks, the couple started dating officially in April 2012. 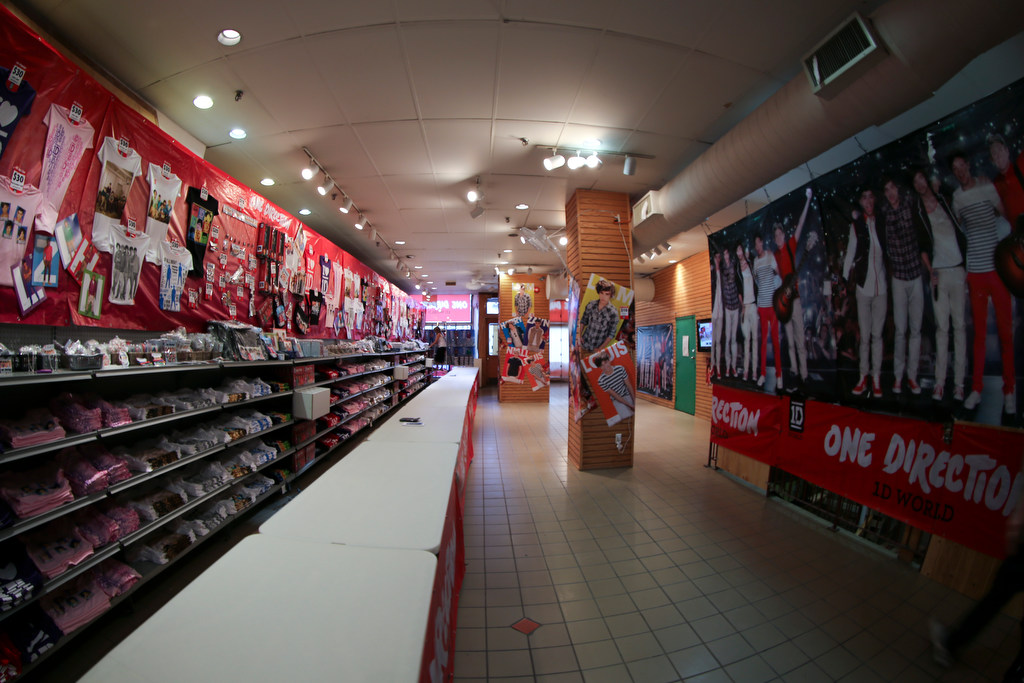 THE boyband's record-breaking pop-up store is coming to Scotland!

The store opens on Saturday, July 20 at 9am and thousands of fans are expected to flock to the launch.

Fans of the boys will be able to pose for photos with the picture boards, enter exclusive competitions, pick up offers and merchandising bundles.

It will also offer new designs plus a chance for fans to purchase merchandise from the band’s recent world tour.

The pop-up shop has already been a massive success in cities including New York, Sydney, Toronto, Barcelona, Madrid and Stockholm, causing mayhem as hordes of fans invaded.

The first ever UK store, in Leeds in March, saw more than 9000 fans brave snow and ice to show up on opening day.

One Direction emerged from the X Factor and went on to sell more than 30million records and DVDs around the world.

They have had No.1 hits in 37 countries, picked up a special Global Success award at The Brits and are working on their first movie, This Is Us.

With a new single lined up for July 22, Best Song Ever, and massive interest in the USA, the band are a global phenomenon.