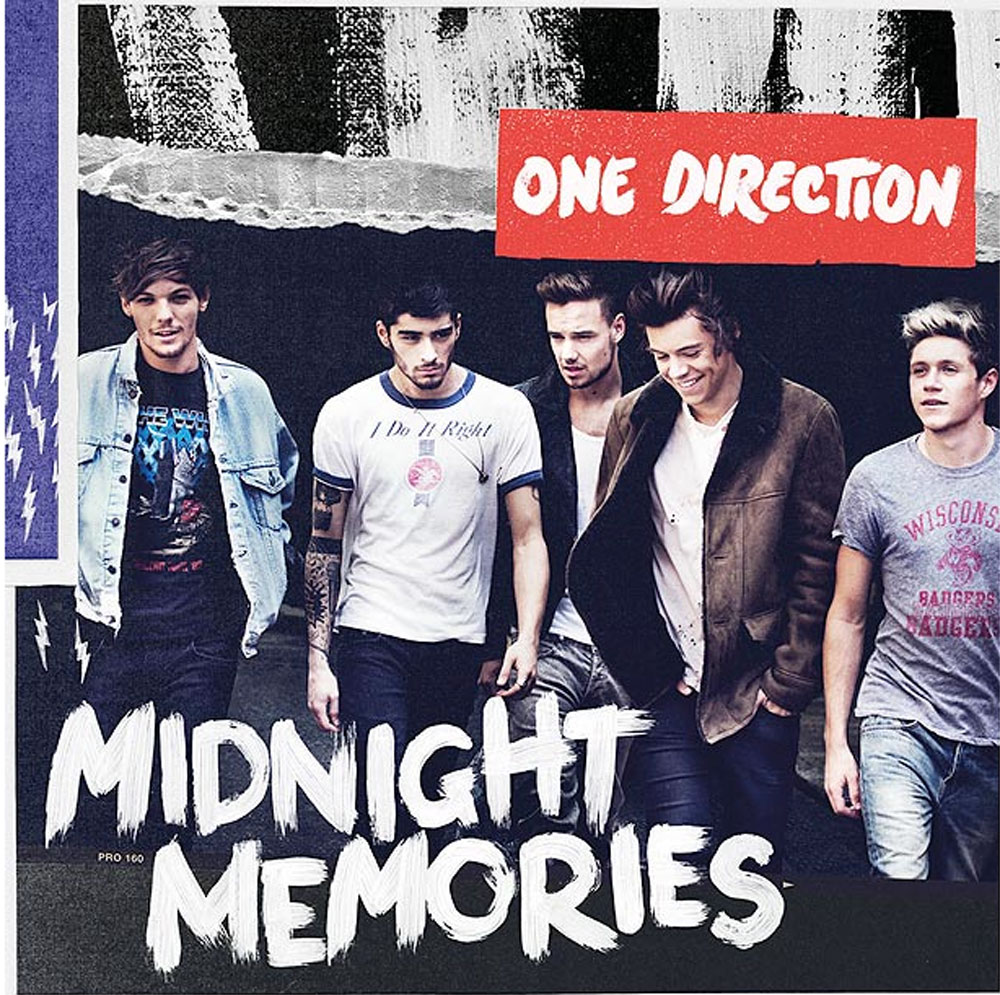 Sam Bailey is on course to score her first ever number one this weekend as the new X Factor champ is currently leading the Christmas chart with her winner's single 'Skyscraper' while One Direction have climbed back to the top spot with their 'Midnight Memories' album.

The UK midweek chart shows Sam, 36, who was crowned the winner of this year's X Factor on Sunday, is way ahead of her competition in the form of Pharrell Williams and his upbeat single 'Happy,' after shifting an incredible 67,000 copies of her Demi Lovato cover as of midnight last night.

Speaking about the possibility of scoring the 2013 Christmas number one, Sam told the Official Charts Company: “I listen to the Christmas Number 1 countdown every year, so to think my single is in the running is just amazing.”

Pharrell's 'Happy' is an unlikely candidate for the festive chart-topper however, it's popularity has soared since the producer premiered the 24-hour-long music video last month. The song features on the Despicable Me 2 soundtrack.

Trailing behind in third place is Leona Lewis' Christmas song 'One More Sleep' while Avicii's 'Hey Brother' has slipped two places to four and AC/DC have debuted at five with their 1979 single 'Highway To Hell' which has re-entered the charts due to a campaign to get it to number one this weekend.

Over on the album charts, One Direction have reclaimed their position at the top with 'Midnight Memories' which spent two weeks at number one earlier this month but they could easily be knocked off by Robbie Williams' 'Swings Both Ways' which has hovered in and out of the top spot for weeks.

Many talented songwriters and musicians worked with One Direction on their debut album Up All Night, including Ed Sheeran, who wrote Moments. We’re sure you’ll all agree, it’s beautiful, but can you imagine a whole 1D album full of songs like that?

Well, you may not need to imagine any more, as One Direction have been talking about writing with him on their next album. Allow Liam Payne to explain (that was on the verge of rhyming):

“Ed is such a talented guy. We spoke to him about helping again for the next album which we want to actually write with him this time. He gave us almost a whole album of songs to choose from last time; there was so many of his songs that we wanted to record.”

Interesting, very interesting. We can imagine the album would be beautiful, if this collaboration actually happens.

Louis Tomlinson also revealed: “We want to take the next album into a different zone – more guitars and grungier.”

Are we talking like, Avril Lavigne style? Maybe he meant something slightly different.

He then clarified: “We like the sound of a real guitar on tour, we beefed up the live show so now we want to take it onto the album.”