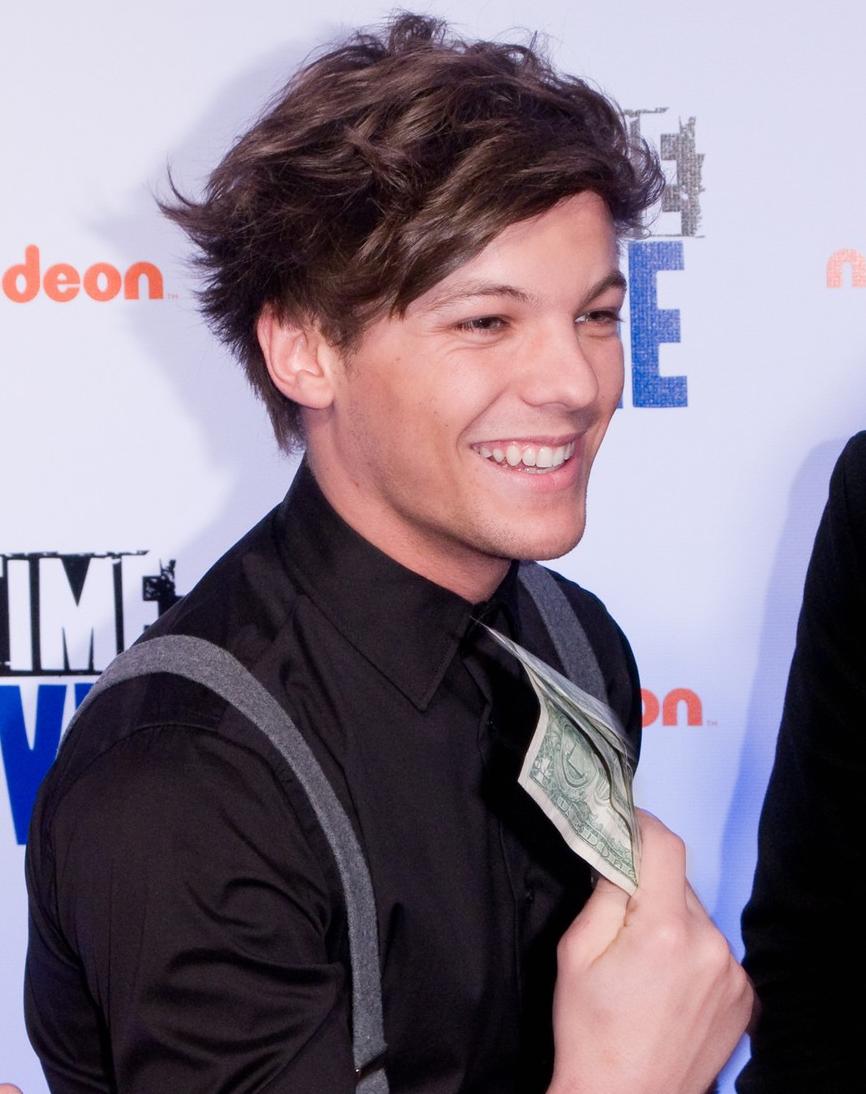 One Direction’s Louis Tomlinson caused ripples of shock across his Twitter fanbase after announcing he is going to become a father!

And how better to announce the news than the popular social networking site, eh?

Louis shocked his die-hard followers with his news earlier today:

But, before you all get too upset, it’s well worth noting the date; yup, April Fool’s Day!

Louis’ news comes just days after he went public with his relationship with girlfriend Eleanor Calder and, if the news were true, it would seems as if things had progressed VERY quickly indeed.

And, while some fans immediately questioned the future of the band, many Twitterers quickly cottoned on to the joke:

Films: Grease.
Body Part: His mouth.
Food: Pizza and Pasta, and the dessert front ‘cookie dough’ from pizza hut.
Album: 21, Adele and How To Save A Life, The Fray.
Friend: Stan.
Celebrity Lady: Cheryl Cole or Diana Vickers.
Shop: Topman.
Drink:’Daim Bar’ milkshake.
Colour: Red.
TV Show: One Tree Hill and Skins.
Aftershave: He doesn’t have one.
Perfume: He doesn’t have one, just likes a girl to smell good.
Computer Game: Fifa.
IPhone App: Twitter.
Way to spend Sundays: In bed with some Curiously Cinnamon, then a bacon, fried egg and cheese sandwich with a bit of brown sauce to dip it into. Maybe a game of fifa and a kick around at the park.
Date Venue: Cinema.
Country: France.
Restaurant: Pizza Hut.
Way to relax: Being around friends.
Mode of transport: Car.
Night out: A good house party.
Band:The Fray.

What type of girls do you like?
“ I don’t have a specific look, but I like a girl who is spontaneous and bubbly and has a good sense of humour. And someone who is chatty like me ”

Other interesting facts!
• He’s 5”9.
• Would love to date a fan.
• Loves shopping but won’t admit it.
• Calls his mum most nights.
• He wants a son, no matter how many girls he has before.