One Direction are reportedly planning to increase their security team in the US.

Band members Liam Payne and Niall Horan were mobbed by a crowd of girls during a day off in New York City earlier this week, apparently prompting management to seek extra protection for the group.

“It was crazy. As they left the hotel on 54th Street this sea of girls engulfed them. Their security was desperately trying to keep them safe but they were completely surrounded,” a source told The Mirror.

“Liam got pushed over and Niall was struck in the face. They had their hair pulled and Liam’s shirt got ripped. They couldn’t see where they were going and it was really, really dangerous. Nearby police had to calm the girls down.”

The insider added: “They are going to have to be more careful in the future and have at least a security guard each with them. It’s a shame for the boys because they appreciate their freedom.”

Follwing the incident Payne tweeted: “That wasn’t even funny,” while Horan added: “This is a complete joke… ridic… Day off, wana chill (sic).”

One Direction recently surprised their US fans by playing a secret gig in a diner as part of a VEVO Go Show. 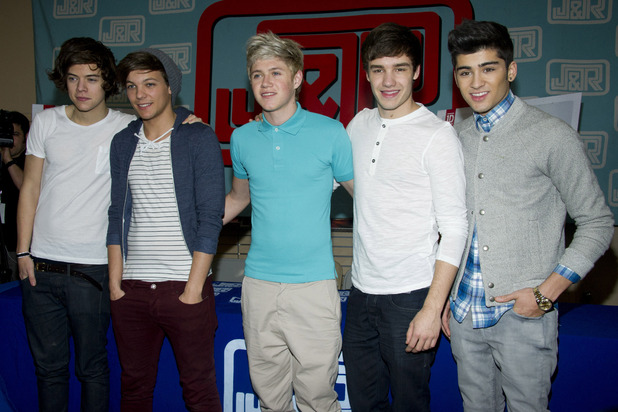 What type of girls do you like?
“ I like girls who are quite quiet but friendly. Looks-wise, I love girls with curly hair, but apart from that I’m open to idea’s! ”

Other interesting facts!
• He’s 5”10.
• Thinks dedicated fans are the cutest.
• A fan once asked if she could lick his face.
• Cannot live without his hair wax.
• Loves snuggling and Disney movies.