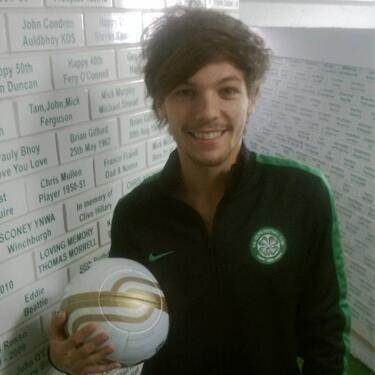 One Direction singer Louis Tomlinson was left limping and being physically sick after being tackled during a charity football match.

The game at Celtic Park in Glasgow was organised to raise money for a foundation set up by former player Stiliyan Petrov, who retired from the game after a year-long battle with leukaemia while he was at Barclays Premier League side Aston Villa.

Ticket sales for the game received a boost when it was announced that Tomlinson, 21, was taking part.

When the pop star came on as a substitute for the Celtic XI thousands of young fans cheered, but many of the older fans in the stadium booed.

His appearance ended prematurely though when he appeared to injure his knee after a shoulder barge from professional player Gabriel Agbonlahor.

As Tomlinson hobbled off the pitch he is said to have vomited, but his manager for the day, Martin O'Neill, said he was okay afterwards.

O'Neill, who managed Celtic from 2000-2005, said: "Agbonlahor smashed into him and he picked himself up and then was ill in the dressing room area, but he's not too bad now I think.

"He had to rush off but I think he's fine, he doesn't know where he is but he's fine. He was genuinely ill but he's okay now."

Some One Direction fans reacted with fury on Twitter and Aston Villa player Agbonlahor received a torrent of abuse on the social media site.

In August Tomlinson signed as a non-contract player for his beloved Championship side Doncaster Rovers.

He tweeted earlier this week that his first game for the team is on September 18. 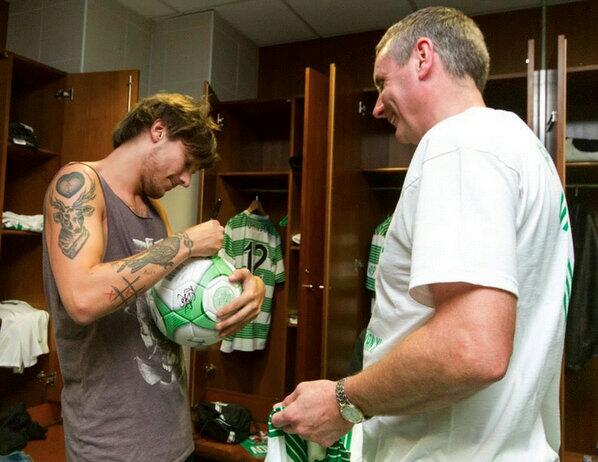 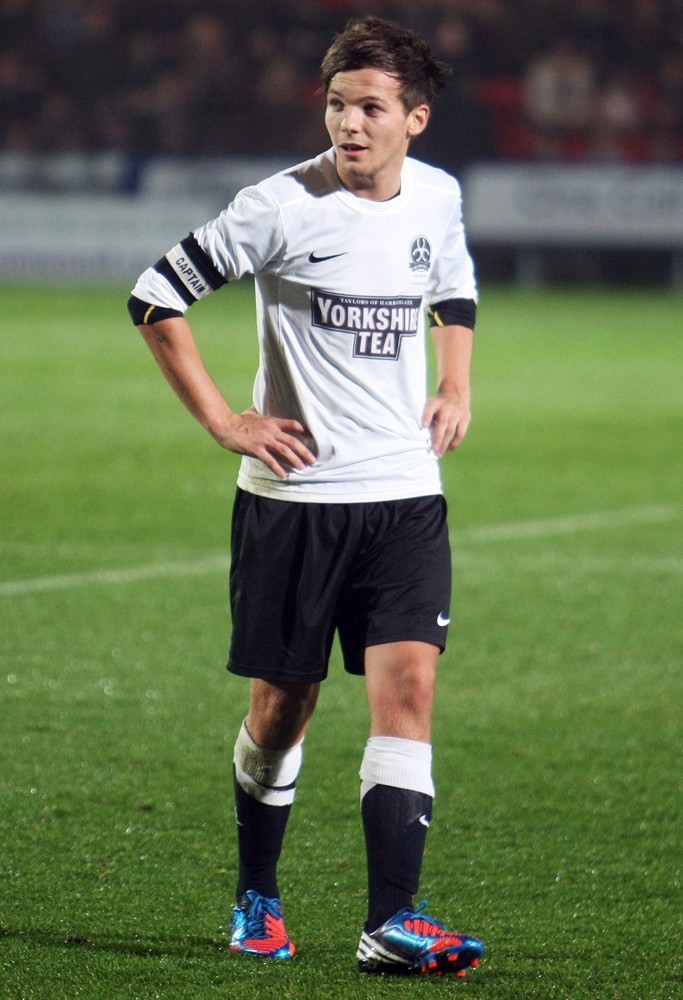 One Direction star Louis Tomlinson has been signed by Doncaster Rovers Football Club.

The singer will serve as a non-contract player at his hometown club for the 2013/2014 season in aid of children's hospice Bluebell Wood.

It is hoped he'll play and train with the team at some point during the season to help raise money for the charity.Tomlinson, who will wear the number 28 shirt, said: "This has always been a childhood dream for me.

"I feel very honoured to have been asked to sign for Rovers and being able to help both the club and the amazing charity Bluebell Wood is what it's all about."

He previously played for the club in a charity match at the Keepmoat Stadium last season, and used to work at the ground on match days before finding fame on The X Factor.