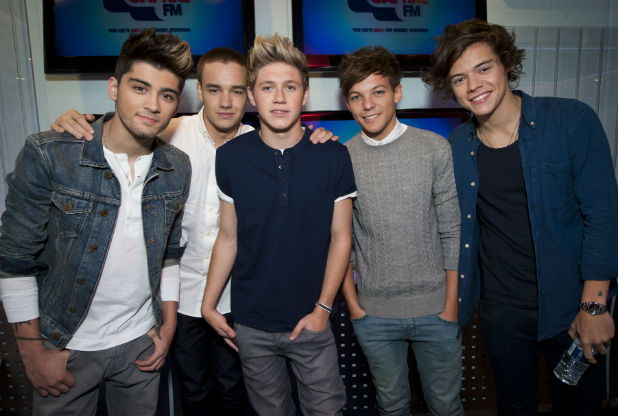 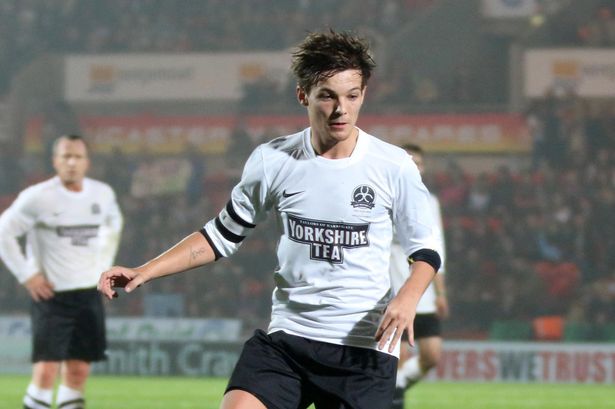 One Direction star Louis Tomlinson will make his long-awaited debut for Doncaster Rovers next month.

The 22-year-old - part of the world's biggest boyband - signed for Paul Dickov's side last summer on a non-contract basis, with a view to playing in a few reserve team fixtures.

And he is now preparing to make his long-awaited bow, which will come in a second-string clash at some stage in February.

Tomlinson had been due to make an appearance in September but was forced to pull out after a heavy challenge from Aston Villa's Gabby Agbonlahor during Stiliyan Petrov's Testimonial match.

Donny chief executive Gavin Baldwin revealed last night that the popstar was closing in on his debut for his home-town club.

He told BBC Sport: "We are very much looking forward to Louis making his Rovers debut and I know that he can't wait either.

"Louis has an incredibly busy schedule and we have been working hard with him to ensure we can get a date in his diary for the game.

"He is a lifelong Rovers supporter and he comes to watch the team whenever he can, so it will be great for him to put on the Rovers shirt and make his debut for us."

Tomlinson - who has been given the number 28 shirt - has never played higher than Sunday League but would attract a huge crowd by appearing, with Doncaster's 15,000 capacity Keepmoat Stadium set to be full to the rafters.

He recently spoke about the prospect of playing for his beloved Rovers and how much it would mean to him: "I've been a fan since I was a young boy and used to go with my dad and grandad.

"Six months ago I was joking about with one of the guys at the club and the joke became reality so I’m on the squad!" 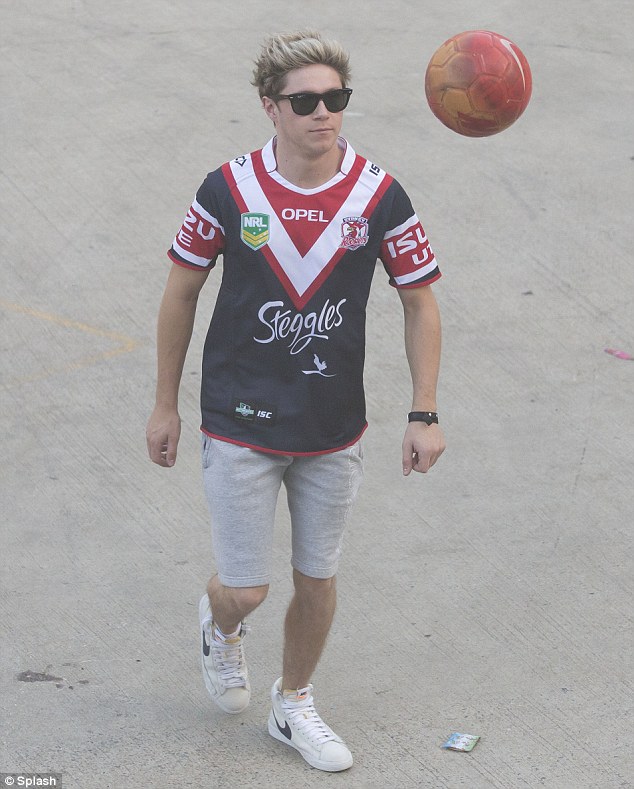 First it was Louis Tomlinson who signed a deal with his local football team Doncaster Rovers, but now it looks like Niall Horan wants a piece of the action too.

The One Direction star couldn't resist having a knock about with a football as he took time out with Louis while staying in Sydney on Sunday.

The singers, who are in the Australian city with the rest of the group, looked to be enjoying some time away from rehearsals for their sell-out concerts.

The 20-year-old looked to be a dab hand at keepy-uppies as he messed around wearing a Sydney Roosters Jersey.

He teamed his top with a pair of simple grey shorts, Nike trainers and black, Ray Ban sunglasses.

The star was showing his support for the Australian rugby league football club as they prepared to appear in the NRL Grand Final that evening.

He later tweeted a photo to his 14 million Twitter followers, of him and his friend at the game, with the pitch behind them.

While Louis didn't look like he wanted to be outdone by his band mate, as he kicked the ball around enthusiastically in dirty, white plimsoll trainers.

He also wore a white T-shirt with a picture of a surfer, with the words 'Free' written across his chest.

The 21-year-old signed to his beloved Doncaster Rovers in August, when he was issued with the number 28 shirt for the 2013/2014 season.

Louis, who once worked at the club as a hospitality waiter, has been signed as a non-contract player in aid of Bluebell Wood Children's Hospice in Sheffield.

Speaking about the role he said: 'This has always been a childhood dream for me. I feel very honoured to have been asked to sign for Rovers and being able to help both the club and the amazing charity Bluebell Wood is what it's all about.'

A club spokesman said they hoped he would appear in Rovers colours and train with the Championship footballers 'at some point this season' in aid of the charity.

They're about to make their debut performance in Sydney - but, clearly, Niall, Louis and the rest of the boys  won't need to worry about whether it will be a success.

The British five-piece have already been the subject of a major fever pitch down under.

Alongside Harry Styles, Zayn Malik and Liam Payne, the group have collectively caused hordes of teenage girls to recreate Beatle-mania in the sunshine city. 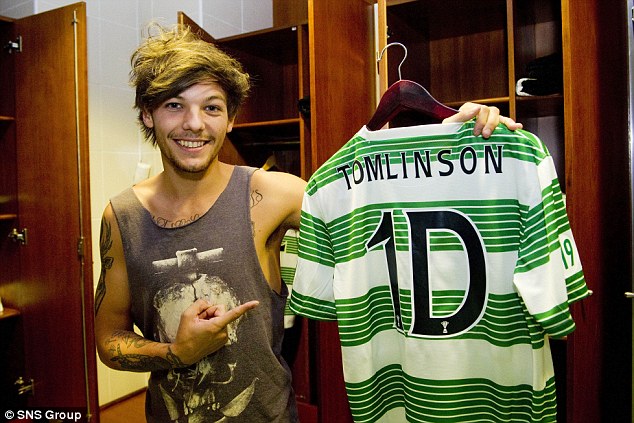 One Direction pop star Louis Tomlinson has pulled out of Doncaster Rovers' reserve game against Scunthorpe on Tuesday night, after failing to recover from that tackle from Gabriel Agbonlahor.

The diminutive Aston Villa forward is not renowned for his tough tackling but managed to heavily take down the 20-year-old singer during a charity game in aid of the Stiliyan Petrov Cancer Foundation.

Tomlinson was forced off the field after vomiting in front of a packed Celtic Park and it seems he is still feeling the after effects of the challenge.

He told his Twitter followers: 'Unfortunately due to injury I cannot play at this week's Doncaster Rovers match. I will still be attending the match on the bench.

'I will play in another game in 2014, to be announced. Fans that have bought tickets for the match can apply for a full refund.

'Fans who do not wish to attend may also keep their ticket and exchange it for the rescheduled match, again for a reduced price of £3.

When manager Martin O'Neill was asked about the condition of Tomlinson after the game he said: 'Agbonlahor smashed into him and he picked himself up and he was ill at the dressing room area.

Agbonlahor has since apologised, after saying: 'It was one of those things. I'll apologise to Louis when we meet up with everybody after the game.

'I know he enjoyed playing in the game and it's fantastic that he took time out to be here, and the same with everyone else who played.'