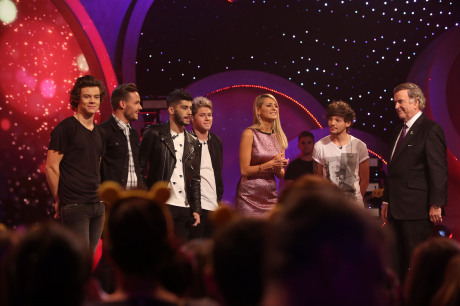 One Direction have performed their hit 'Best Song Ever' for Children in Need.

The boyband took to the stage last (November 15) as part of the BBC's annual charity fundraiser.

The night raised over £31 million, surpassing last year's £26 million to mark its record total, helping needy children across the UK.

If the video doesnt play the first time, please try again.....they have a habit of working the second time, dont ask us :-p 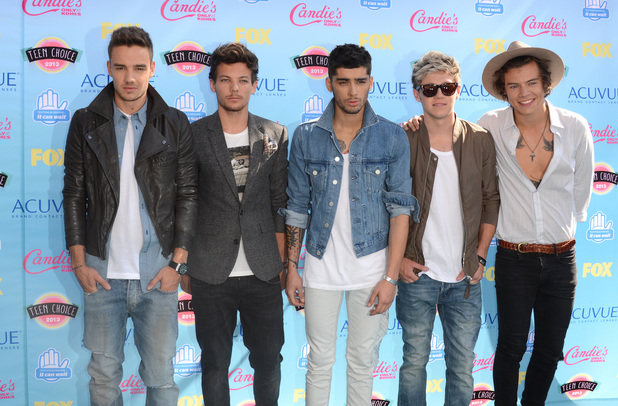 Talk about the best performance ever! The boys of One Direction took the stage to open up the Teen Choice Awards in Los Angeles on August 11, performing their hot summer single, ‘Best Song Ever’ — and they completely rocked it!

One Direction have already proved they’re masters of the stage, whether they’re performing on Today or the Teen Choice Awards. Now that they have an awesome song like “Best Song Ever,” it’s easy to put on a killer performance — and that’s exactly what they did!

One Direction Performs ‘Best Song Ever’ On Teen Choice Awards

One Direction opened up the 2013 Teen Choice Awards with their debut performance of “Best Song Ever,” and it was one of their best performances ever!

The boys looked extremely happy to be performing on a live show again — it’s been a while since we’ve seen the boys perform live on television!

It was exciting to see them perform “Best Song Ever” for the first time ever on the TCAs, and their energy showed us that they were just as excited to finally perform it! They were running all over the stage, engaging with the audience, and enjoying the performance just as much as those watching.

As much as they sounded great, they all looked great too. They all wore their classic attire — and rocked some serious denim — looking more dapper than ever.

But, let’s be honest, when have they ever not looked great?

Not only that but One Direction won three awards in the music categories, while Harry Styles also walked away with 'Choice Smile' and 'Choice Male Hottie'. 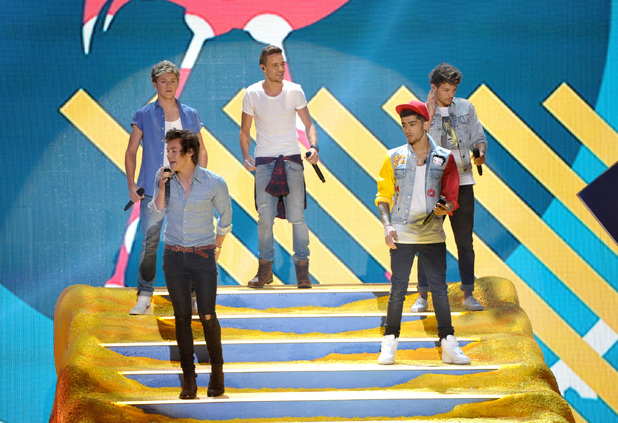 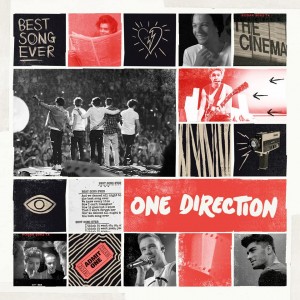 One Direction's new VEVO record has been updated by the music video platform.

The online service originally announced the boyband's clip for 'Best Song Ever' had achieved 10.9 million views during its first 24 hours.

However, VEVO has since updated that number to 12.3m views, meaning the visual beat the previous record by nearly 1.5m clicks.

One Direction's 'Best Song Ever' video was shot in Miami. It was written by James Corden and Ben Winston and directed by the latter.

It serves as a promotional single for the group's upcoming film This Is Us, which hits cinemas on August 30.