One Direction have broken a new world record.

The boyband's new track 'Fireproof' was downloaded 1,089,278 times in the limited 24 hours it was available to fans on Monday (September 8).

It means the song has become the most downloaded free track in history.

'Fireproof' is the first preview from One Direction's upcoming new album FOUR, which will be released worldwide on November 17.

The track was written by Louis Tomlinson and Liam Payne with John Ryan, Jamie Scott and Julian Bunetta.

FOUR reached number one on iTunes charts in 67 countries when it was made available for pre-order earlier this week. 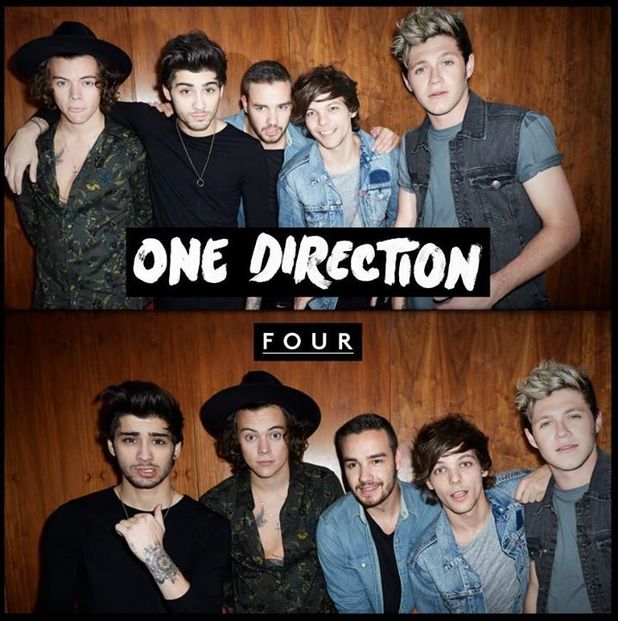 One Direction have confirmed details of their new album FOUR.

In a video message, the group revealed that their fourth studio album will be released on November 17 and is available to pre-order from today.

Fans that pre-order the album will be able to download new track 'Fireproof' for free for 24 hours from One Direction's website.

The song was written by Louis Tomlinson and Liam Payne of the band alongside John Ryan, Jamie Scott and Julian Bunetta - the same team behind their hit 'Story Of My Life'.

"We're so excited to announce our fourth album, FOUR! We've worked incredibly hard writing and recording it whilst we've been on the road and we couldn't have done it without your support.

"As a special thank you for everything you guys have done for us we wanted to give you 'Fireproof' - it's a track from the album and you can get it for free right now.

"We hope you enjoy it and we can't wait for you to listen to the album in full. Thank you, you guys mean the world to us."

FOUR is the follow-up to previous record Midnight Memories 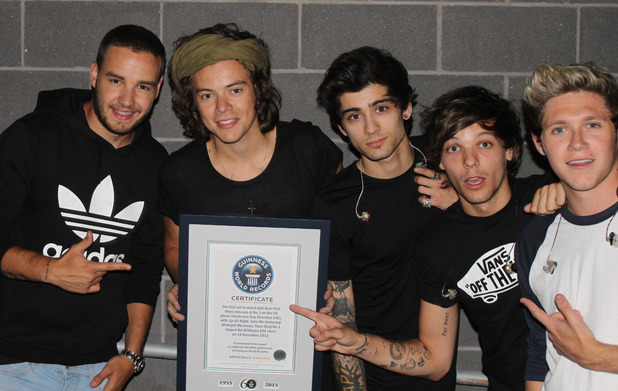 One Direction have set a new world record after their first three albums debuted at number one in the US.

The band's success in the US means they have earned a spot in the Guinness World Records 2015 book.

They are the only UK group in US chart history to top the chart with their first three releases, and made the announcement to their fans on stage at the MetLife Stadium in New Jersey last month.

Niall Horan said: "This really is one of our proudest moments, both for us and our incredible fans. Whenever we talk about it we always say how cool it is that we did it first, how sick is that?!"

The X Factor group first topped the US chart in 2012 with their debut album Up All Night, and scored their second number one later in the year with follow-up Take Me Home.

Their latest album, Midnight Memories, topped the Billboard 200 last December, and went on to sell over one million copies in five weeks.

The Guinness World Records 2015 book will be released next Thursday (September 11). 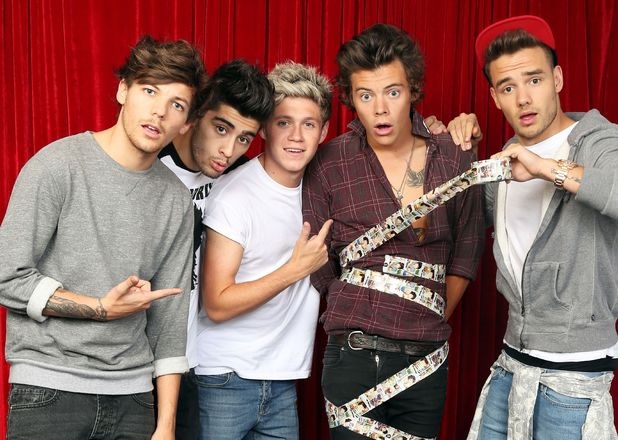